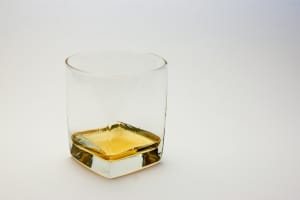 Several alcohol-related offenses exist in the criminal code of our nation’s capital. The District of Columbia Office of the Attorney General or “OAG” prosecutes most alcohol-related offenses that take place here, including DUIs. It’s not illegal to drink alcohol, but the City Council has criminalized certain types of behavior combined with the consumption of alcohol.

Misrepresentation of Age or Possession of a Fake ID

Under the D.C. Code, possessing or using a fake ID when you are under 21 can result in an arrest. Police often do undercover stings at bars and liquor stores in the city with a large college population. When you get arrested for using a fake ID, the police will normally give you a citation to come to court for an arraignment. Before your arraignment, you should contact an experienced fake ID lawyer.

Most possession of fake ID cases are resolved through diversion. The standard deal is $200.00 fine and 2 days of community service in exchange for a dismissal. By statute, the arrest may be sealed 180 days after the case is dismissed. Some students wonder whether it’s worth it to hire a criminal defense attorney after getting arrested for fake IDs in DC. Court-appointed counsel may be eligible and college students likely qualify for court-appointed representation. However, the Court’s appointment system does not require or cover the attorney to file the motion to seal after dismissal. If you care about getting your arrest record sealed, you will likely need to hire a private attorney.

In addition, it is illegal to possess an open container of alcohol in any vehicle. Often times, POCA vehicle may be an added charge to a DUI case where the driver is caught with an open container. The law is broad and defines open container as any alcohol container in which the seal is broken. That means a closed liquor bottle with the top on but with a broken seal could technically qualify. Diversion options are usually available for these types of cases, including doing community service or attending an alcohol class in exchange for a dismissal.

Drinking in Public and Public Intoxication

Drinking in public is also a misdemeanor offense like POCA but with the added element that the police have to witness you actually drinking out of the open container. In addition, public intoxication is an offense that you can be arrested for. It is also a misdemeanor, but the law requires police to only arrest someone who is publicly intoxicated if the individual is a threat to himself or others.

Unlike misrepresentation of age cases, there is no guaranteed record sealing for drinking in public, POCA, and public intoxication arrests. Rules for getting these arrests sealed are governed by the interest of public justice or actual innocence standard, which means in most cases you must wait until 2 years from the date of dismissal to get the record sealed.

As is true almost everywhere in the US, in the District of Columbia it’s illegal for a 21 year or older individual to give alcohol to someone under 21. A common scenario where people get arrested is a 21 or 22-year-old who buys alcohol and shares it with their 19 or 20-year-old friends. As previously stated, the police will often engage in undercover stings to try and catch minors possessing or drinking alcohol.

Another common scenario is where a waiter or waitress fails to check a patron’s ID and that person happens to be under 21. Service industry folks should be mindful that police do engage in undercover operations to enforce this law.

Depending on the facts, diversion is usually available in contributing to the delinquency of a minor offenses. It usually involves 2 days of community service and a 200 dollar fine in exchange for a dismissal. However, unlike with possession of fake ID cases or misrepresentation of age cases, the arrest record may not be sealed until 2 years after the date of dismissal unless you can prove actual innocence.
Alcohol offenses can carry negative consequences and even jail time in some extreme cases. Accordingly, if you are arrested for an alcohol-related offense, you should consult an experienced criminal defense lawyer. Contact Scrofano Law today for a consultation today.