An Offer You Can Refuse: DC DUI Rebuttable Presumption 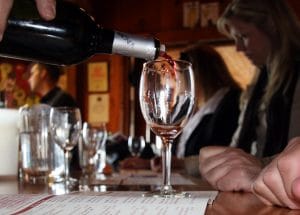 For first time DC DUI or DWI offenders who refuse to take a breathalyzer test, the government has to provide more evidence than just your breathalyzer refusal to prove that you were intoxicated. For example, the government will have an MPD officer testify about the way you were acting when you got pulled over and why they thought you were intoxicated based on your actions—like odor of alcohol on breath, performance on the SFST’s, and other observations. For people charged with a second DUI or DWI offense in DC who refuse to take a breathalyzer test, a different legal standard applies.

DC DUI and DWI laws state that if a second time DC DUI offender refuses to take a breathalyzer test, a jury is allowed to presume a person was intoxicated based only on the refusal. As a second time DUI or DWI offender, if you refuse to take a breathalyzer there is a rebuttable presumption that you were intoxicated. A rebuttable presumption means that unless you can prove that you were not intoxicated, a jury can find you guilty of DUI based solely on the fact that you refused to take the breathalyzer test.

You might be thinking “I only had a few drinks. Wouldn’t it have been easier to prove I wasn’t drunk if I submitted to the breathalyzer test?” Not exactly. MPD has a history of problems with their breathalyzer program. This no-win situation is exactly why the rebuttable presumption for second time DUI offenders is a highly contentious area of the law.

In our legal system, you are innocent until proven guilty—at least that is how the system is supposed to work. For second time DUI offenders who refuse to take the breathalyzer test, you are essentially guilty until you prove yourself innocent. The DC Court of Appeals has not decided whether the rebuttable presumption is constitutional, but many DC Superior Court judges have ruled that it is unconstitutional and have refused to apply it.

If you or someone you know has been arrested for a second DC DWI, contact Scrofano Law PC immediately for a full consultation. It could mean the difference between being presumptively guilty and maintaining your presumption of innocence.