Arrested for Using a Fake ID: What Next? 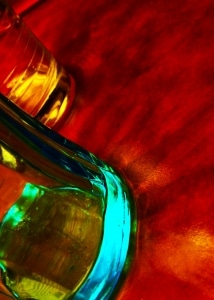 Using a fake ID to get into a bar, while certainly not advisable, is as common for college students as sleeping through Friday morning classes. In the District of Columbia, like most places, using a fake id is a crime. The DC City Council has passed laws that, to some extent, recognize how common a scenario using a fake ID to get alcohol is. For a first offense, the law provides for a diversion program where, if successfully completed, can result in the person arrested getting their case dismissed and their record expunged.

The offense is typically referred to as an ABC violation. If caught with a fake ID by law enforcement in DC, you will be arrested and booked for this crime. You will be prosecuted by the Office of the Attorney General for the District ofColumbia. Fortunately, they do not prosecute these crimes as aggressively as DUI offenses. However, and what will be the subject of a future posting, a DUI arrest for an underage drinking is treated much differently than an ABC violation.

After being arrested for an ABC violation, you will likely be released from the police station after a few hours with a citation to return to court on a specific date. If you fail to appear on that date, the Court can issue a warrant for your arrest. Before going to the citation date, I cannot stress the importance of contacting a DC underage drinking lawyer. Your fake ID lawyer can help explain to you what to expect in the process and negotiate a diversion agreement with the prosecutor. The typical diversion agreement involves doing community service and paying a fine in exchange for dismissal of the case.

Once dismissed, you have to wait six months to have your record expunged. Once the six months expires, your DC underage drinking lawyer can file a motion on your behalf to have the arrest expunged. You can expect the expungement process to take a few months but in the end you will get out of the situation without having a criminal record.

The diversion program and six month expungement are codified in the DC Code. However, this program applies to first offenders. If you get caught using a fake ID a second time, all bets are off. In that case, you would be prosecuted like any other misdemeanor and would have to either plead guilty or take your case to trial. In addition, diversion applies where someone uses a real ID that belongs to an older person who looks like them (like an older sibling). Where the ID is actually forged from some type of computer program or otherwise, there could be serious implications under federal law where the DC diversion program does not apply. Finally, police often notify the arrestee’s university and the university may take disciplinary action as well. While the law is set up so that the arrest does not destroy your future, any arrest is a serious matter.