Can a DC DUI Conviction be Expunged? Part I. 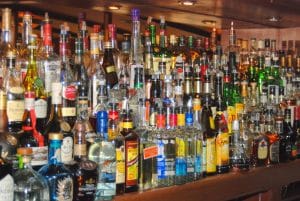 In short, the answer is maybe. The District of Columbia record sealing statute makes Driving under the Influence and Driving while Intoxicated “ineligible misdemeanors.” Accordingly, on its face, the law prohibits sealing of a conviction for driving under the influence. However, a few months ago, I won an appeal that may have opened the door for getting at least some DUI convictions removed from a person’s record.

I will discuss this topic in a two part series. The first part will provide the backdrop of the District of Columbia Record Sealing Act and the problems the District of Columbia had with its Breathalyzer program for about ten years. Part Two will discuss how, because of the Breathalyzer issues and an appeal I won in May of this year, it may in fact be possible to get a DUI conviction taken off someone’s record in limited circumstances.

In 2010, the Metropolitan Police Department (MPD) hired Ilmar Paegle to audit its breath test program. Ilmar Paegle was formerly in charge of the United States Park Police breath test program. Paegle made two major discoveries when he took over MPD’s breath test program. First, he discovered that the breathalyzers had been miscalibrated from September, 2008 to February, 2010. During that time period, the machines were reading scores about 40 % higher than they actually were. Paegle also found that MPD had failed to conduct accuracy testing on the machines for more than ten years. Paegle memorialized these findings in a letter to Kimberly Brown, then-Chief of the Criminal Section of the Office of the Attorney General.

The government tried to limit the damage of Paegle’s revelation by permitting hundreds of convicted defendants to withdraw their guilty pleas who met certain criteria and were convicted between September, 2008 to February, 2010. Simultaneously, the government vigorously fought to protect any convictions that occurred outside this time period. The government’s official position on the fact that Paegle stated that MPD had failed to conduct accuracy testing for the breathalyzers for almost ten years was that Paegle was simply him expressing an opinion.

In 2013, I started a DUI appeal where the defendant had moved to withdraw his guilty plea because he had plead guilty in 2010 to a 2008 DUI arrest where the breath scores triggered mandatory jail time. The client had served jail time and completed probation. However, once news broke of the problems with the District’s Breathalyzer program he attempted to withdraw his guilty plea, like the hundreds of others who did so with the government’s blessing. The government vigorously fought the motion because his arrest occurred outside the September, 2008 to February 2010 window. The trial judge denied the motion without having a hearing on the issue. In Part 2 of this posting, I will discuss what happened in the appeal and how, as a result, it may be possible to get a DUI conviction based on faulty Breathalyzer scores dismissed from guilty pleas or trial convictions that occurred between about February, 2000 to February 2010.