Can a DUI Conviction be Expunged? Part II 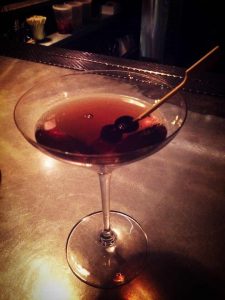 The last post discussed some of the background involved in the District of Columbia’s problems it had with its Breathalyzer program. The Metropolitan Police Department not only miscalibrated the machines to read 40 percent higher than they were supposed to but also failed to conduct accuracy testing for a period of almost ten years. As I discussed in Part I, I started an appeal in 2013 for a person who had plead guilty to DUI and served mandatory jail time based on breath scores for a machine that had not been accuracy tested.

Through another attorney he had tried to move to withdraw his guilty plea. The government vigorously contested his motion. While the government had agreed to allow hundreds of people to withdraw guilty pleas that plead or were found guilty during the 17 month period the machines were miscalibrated, it did not want to open up Pandora’s Box for ten years of convictions in which MPD failed to conduct accuracy testing. Unfortunately, the trial judge agreed and denied the motion without a hearing. After I filed my brief, it took the government one year to respond. I did not ask the Court of Appeals to allow my client to withdraw his guilty plea. Rather, I argued that the trial court had abused its discretion by not having a hearing on the motion.

The case was set for oral arguments in April of this year and ultimately the District of Columbia Court of Appeals agreed with me. The Court of Appeals reversed the trial judge and remanded it for a hearing on whether my client was entitled to have a hearing on the motion. Any hearing on that motion would reopen up the flood gates on the District government’s scandalous Breathalyzer program. I planned to subpoena Kelvin King, the officer in charge of the program for all these years, Ilmar Paegle, the whistleblower who discovered the problems, as well as potentially prosecutors and supervisors from the OAG. Questions of what the government knew and when they found it out have to this day never been answered. Did prosecutors at the OAG’s office knowingly allow defendants to plead guilty to DWI in cases based on faulty Breathalyzer scores?

I knew the government would never allow that hearing to occur. A few weeks before the scheduled hearing, they dismissed my client’s case. The result for the client was great. While he will never get back the jail time he served or probation he completed, the DWI conviction was taken off his record.

So, what does all this mean? I believe that the ruling from the Court of Appeals has created an opening to challenge ten years of convictions based on Breathalyzer scores from machines that MPD never accuracy tested. There is now precedent from the Court of Appeals that says: If you plead or were found guilty of DWI during that ten year period, you are at the very least entitled to a hearing on whether you can withdraw your guilty plea. That means getting a hearing the government is so afraid to have, they’d rather dismiss a case then reopen the breathalyzer floodgates.

If you plead guilty or were found guilty of a DWI from 2000 to 2010 based on Breathalyzer scores, contact Scrofano Law. It is virtually impossible to have a DWI conviction sealed up through the normal expungement process. However, it may be possible to move to withdraw your guilty plea, get a hearing on the issue, and ultimately get the old conviction dismissed off your record.