DC DUI and DWI – Why Enroll in a Private Alcohol Program 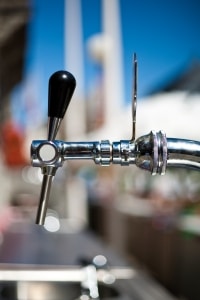 I usually advise my clients to enroll in a private alcohol program after getting arrested for a DC DUI or DWI. For most people who get arrested for DUI, the police will release them at the station after several hours with a Citation to Return to Court. The citation gives them a date is for the Court to arraign the person on the charge of DUI and any other additional charges based on the police officer’s allegations. At the arraignment, the prosecutor from the Office of the Attorney General will ask for several release conditions. The standard release conditions include (1) do not drive without a valid permit; (2) do not drive after the consumption of drugs or alcohol; and (3) report to the Pretrial Services Agency for a full screening and assessment. In almost all DC DUI cases, traffic judges in Superior Court will agree with government’s request and impose those conditions.

Now, the first two are no brainers and easy to comply with. Do not drive without a valid permit is just what it means. If you have a valid license, drive all you want. If you don’t, then don’t drive. If you get caught driving with a suspended license while under that release condition, you can not only get arrested for operating after suspension but also be charged with contempt of court. This condition is particularly important where the person’s license gets suspended as a result of the DC DUI arrest. The second condition is also an easy one. If the person has even one sip of alcohol or ingests any type of drugs, do not drive.

The third condition is where most folks have issues. The Pretrial Services Agency is an agency that supervises individuals with a Superior Court case. It is basically where the Court puts someone on probation while their case is pending. I will save a discussion on what Pretrial does to the presumption of innocence for a future posting. The point is reporting to Pretrial can be degrading, disruptive to one’s life, and very uncomfortable.

Each individual is assigned a case manager who is often overworked with hundreds of other individuals under their supervision. Reporting requirements make individuals charged with a DC DUI come down to the courthouse once per week to wait in line during business hours to report. Reporting can be particularly cumbersome for people who live or work in Maryland or Virginia. Office visits for the initial assessment can take hours. If the individual is ordered to drug test, they must come down to the courthouse once per week, wait in a long line, then urinate in a cup while a Pretrial employee watches their genitals against a mirror. This is done to ensure people don’t sneak in another person’s urine to avoid detection of drugs. However, in my view, it is a humiliating and dehumanizing process that is unfortunately ordered routinely in Superior Court.

If you are arrested for a DC DUI or DWI, contact Scrofano Law PC right away for a fair consultation. Attorney Joseph Scrofano is an experienced DUI lawyer with a track record of excellent results. We also provide referrals to a number of potential private alcohol programs in the DMV area.