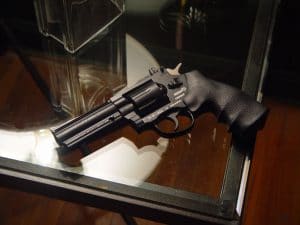 In July of 2014, a federal judge in the District Court for the District of Columbia ruled that the city’s “carrying a pistol” statute was unconstitutional. At that time, the District maintained an absolute ban on the carrying of a pistol. No mechanism existed to obtain a concealed carry permit. In Palmer v. District of Columbia, Judge Scullin ruled that right to bear arms articulated in the Second Amendment of the Constitution extended beyond the right to self defense in the home and to “carry” as well.

In response to the decision, the United States Attorney’s Office for the District of Columbia (“USAO”) dismissed basically all of its carrying a pistol prosecutions–recognizing that it could not prosecute an unconstitutional law. These dismissals did not happen immediately but rather occurred over the course of several months. Unfortunately, for many law abiding non-DC resident citizens who were arrested in the District of Columbia when they had either properly registered their guns in their home state or had a concealed carry permit from their home state, the USAO’s actions did not end their prosecutions.

For each case dismissed by the USAO, the DC Office of the Attorney General’s Office (“DC OAG”) basically picked up the cases and prosecuted the individuals for misdemeanor gun charges. The DC OAG is the local prosecuting agency in the District that mainly prosecutes traffic crimes like DC DUI cases. The charges included possession of an unregistered firearm and unlawful possession of ammunition. In October of 2014, the DC City Council passed legislation in response to the Palmer decision. The same attorneys from the Palmer case brought another lawsuit arguing that the new legislation was also unconstitutional. In Wrenn v. District of Columbia, the Plaintiffs have argued that the new law’s requirement that the individual applying for a carry permit demonstrate a “special need” for self-defense (i.e. that someone has threatened them) makes the law unconstitutional.

Initially, the same judge from the Palmer case agreed. However, that preliminary decision was reversed by the Court of Appeals for the DC Circuit. The parties are now briefing the issue and the DC Circuit is expected to rule in the next few months. That means the state of the new gun law is currently in limbo until the DC Circuit rules.

Regardless of the status of the new law, Judge Scullin’s decision in Palmer still stands. No legal ruling yet exists whether this ruling should apply to individuals who were convicted under the pre-Palmer law. In other words, whether the decision applies retroactively is yet to be decided. That means if you plead guilty under the old law, there is a basis to try and withdraw your guilty plea and get the conviction taken off of your record. It also means if you were convicted at trial, there may be a basis to get your conviction overturned given that the law was later ruled unconstitutional.

If you or someone you know was convicted under the District’s gun laws, contact Scrofano Law PC to find out what legal remedies you may to try and get the conviction removed from your record. At Scrofano Law PC, we successfully defended several cases post-Palmer, refused to take misdemeanor plea deals, and ultimately had all charges dismissed for all clients with pending gun cases when the Palmer decision occurred.