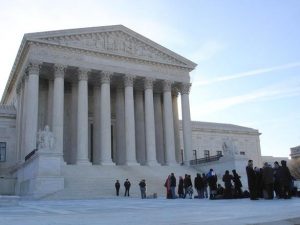 The first part of this three part series discussed the current state of the District of Columbia’s gun laws. The second part will discuss the process involved in attempting to withdraw a guilty plea in DC Superior Court and the pros and cons of attempting to get your plea withdrawn.

Ordinarily, moving to withdraw a guilty plea is a very difficult process. Many defense attorneys refer to the process for withdrawing a guilty plea as “pulling teeth.” However, given the negative consequences associated with having a criminal conviction on your record, and the current successful challenges to the District’s gun laws, it may be worth it to go through the process.

The law disfavors a defendant withdrawing a guilty plea. Imagine every time someone plead guilty and did not like the sentence then cases would never have finality. The rule that governs the withdrawal of a guilty plea is D.C. Criminal Rule 11 (e).

Typically, the government will aggressively oppose such motions and argue to the judge that the court should not even hold a hearing. However, given the fact that a federal judge in the District of Columbia ruled that its “Carrying a Pistol” statute was unconstitutional, it would be difficult for the Court to find that such a motion fit into any of the three requirements above. For example, there is nothing “palpably incredible” about an individual wanting to get a conviction off his or her record when they plead guilty to a crime that was later declared unconstitutional.

Having said all that, there are some cons for trying to withdraw a plea. First, it will cost time and money and put you back into the court system. Second, if successful, the government could potentially reinstate any charges that were dismissed as part of the plea agreement. However, they could not and would not likely reinstate the felony “carrying a pistol” felony charge as it has been declared unconstitutional.

The bottom line is if you were convicted of a DC gun charge prior to July 2014 (and in some cases after) through a guilty plea, you should talk to an experienced DC gun lawyer. At Scrofano Law PC, we have successfully defended folks charged with gun offenses and have experience litigating motions to withdraw guilty pleas, including a DC DUI case litigated successfully at the DC Court of Appeals. Contact us today for a consultation.