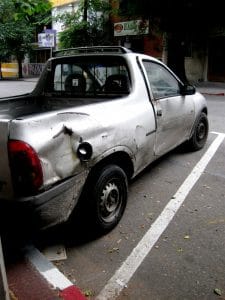 In August of 2012, the District of Columbia City Council amended the city’s DUI laws to include increased maximum penalties, increased mandatory minimums, and a whole host of other changes. One important change that’s not talked about a lot is the change to the city’s hit and run laws. Most people think if you are involved in an accident its okay just to leave a note with your information (if you hit a parked car by accident) or to exchange information on the scene. While hit and run charges in DC are misdemeanors, they can lead to negative consequences.

What do DC hit and run laws require?

DC’s laws require that when you are a party to an accident, you must not only stop and exchange information but also call the police and wait for the police to arrive on scene. That means if you stop and exchange information, that is not enough. You could exchange insurance information, leave the scene, and later be charged with leaving after colliding, which is a misdemeanor traffic offense that carries a maximum penalty of 90 days and/or a $500.00 fine (if property damage occurs) or 180 days and/or a $1,000.00 fine (if personal injury occurs).

Will the prosecutor offer diversion in a hit and run case?

Does leaving after colliding carry points with DC DMV?

Can a DC hit and run or LAC case be expunged?

What to do if DC police send a letter regarding a hit and run?

If you are involved in a hit and run, you may get contacted by the Metropolitan Police Department by phone or mail. The police will typically request that you come in for an interview to discuss the accident. To successfully prosecute a LAC case, the government has to prove a series of elements of the crime. One important element they must prove is that you were the actual driver of the vehicle that left the scene. If MPD contacts you and requests an interview, they want you to come in and admit you were the driver. This typically happens because they cannot prove that you are the driver otherwise.

Should I hire a lawyer if I get a DC MPD hit and run letter?

Citizens are never required to come into the police station and answer questions without having a lawyer present. In this scenario, any competent DC hit and run lawyer would advise her client not to answer questions. That is because we all enjoy a Fifth Amendment right against self-incrimination. That means we don’t have to answer questions that would incriminate us in a crime. Police often prey on people’s ignorance of their rights.

They can lie, manipulate, and try to scare people without any recourse. In these scenarios, the police basically want you to come into the police station and admit you committed a crime, so they can go out and get a warrant for your arrest. Therefore, anyone involved in a hit and run should immediately consult a qualified DC hit and run lawyer to advise them of their rights and communicate with the police.

At Scrofano Law PC, we routinely handle hit and run investigations and charges. Often times, folks who contact us after receiving a letter from DC police get out of the situation without an arrest occurring. Its always advisable to consult an attorney before going to speak with police. Contact us today for a consultation.