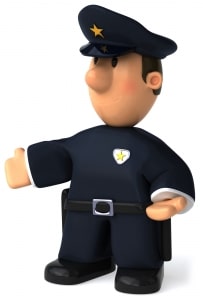 There are some days where the wastefulness in the criminal justice system makes me sick. Last Wednesday, Novemberpolice-officer-1262266-m 7 was one of those days. On the weekend of October 13, 2013, during the government shutdown, the Metropolitan Police Department conducted “Operation off the Streets 2.” This operation, which probably cost the city millions of dollars in resources, resulted in the arrest of over 60 people in undercover prostitution operations.

Almost everyone arrested were first time offenders or people with very limited criminal history. Almost everyone arrested was released on what’s called “citation release.” That means the police released them at the station after booking them and gave them a citation to come to court at a future date. That brings us to November 7—the day they set all 60 of these arrests for arraignment. Some of them hired DC prostitution lawyers in advance others got court appointed attorneys on the day of arraignment.

All of these arrests occurred in a single police district, Third District, which encompasses Adams Morgan, Columbia Heights, the U St and 14th St Corridor, and downtown near Metro Center and McPherson Square. In this “operation,” the police went out and created crime where crime didn’t exist then arrested folks so that they could boast how much crime they are fighting.

Of the sixty or so cases that came through arraignment on November 7, here is a typical fact pattern: intoxicated guy or guys walking from a bar downtown, a scantily dressed female (undercover cop) hollers at the guy to come talk, intoxicated guy obliges, undercover cop makes some vague innuendos or outright offers sex, intoxicated guy says ‘uh, ok.’ Arrest team comes out from the shadows and makes the arrest.

The beauty of these so-called “sting” operations is that, as a matter of routine, the undercover officer does not record the conversation. I have a theory as to why undercover cops do not record conversations where the saying of actual specific words is what makes someone actually guilty of the specific crime and its not because MPD does not have the technology or resources to do something anyone with a cell phone can do.

Police invest a tremendous amount of resources into sting operations. Think about the person hours alone: the undercover officer, the arrest team (usually 3 or 4 officers), the transport, the radio dispatch, the booking officer at the station, the property clerk who takes the arrestee’s property, etc. In many of these cases, the police rented expensive hotel rooms at downtown hotels. If a sting operation is not successful, then it’s a tremendous amount of resources wasted. So, the undercover is under pressure to be successful. What constitutes a successful operation? If the target, says the magic words (in this case agrees to pay money for sex).

Why wouldn’t MPD want verifiable evidence that the target actually committed the crime? My experience in defending these types of cases has been that the undercover simply arrests the person and writes in the report that the target said the magic words and committed the crime no matter what. Without a recording, the undercover is both the person under pressure to conduct a successful operation and the sole person who judges whether the operation was successful. Few cases actually end up in trial. The ones that do are not jury demandable, so a Superior Court judge decides whether the undercover officer was truthful. In other words: no recording, no accountability.

The ironic thing about this big operation that probably consumed millions of dollars in taxpayer resources is that the government will probably not get a single conviction out of it. Like I said, most people arrested were first time offenders or people with limited criminal history. I was in court and watched dozens of them enter deferred prosecution agreements. So, hats off MPD, there will be an influx of embarrassed men and women doing community service in the city for the next four months. Mission accomplished.