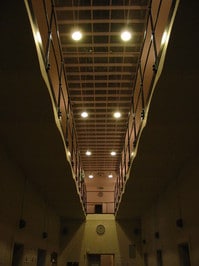 On January 25, 2016, Trump signed two draconian executive orders targeting documented and undocumented immigrants in the United States. There has been much attention regarding the executive orders barring refugees and any citizens’ entry of seven predominately Muslim countries. However, the impact on the criminal justice system regarding immigrants currently in the United States has received far less attention.

Accordingly, at the outset, its important to note that Scrofano Law PC is a criminal defense law firm that does not specialize in immigration law. If you or a loved one are facing potential immigration issues, its important to consult with a qualified and experienced immigration lawyer. However, any criminal and DUI defense lawyer should, at a minimum, be aware of potential consequences both documented and undocumented immigrant clients may face when arrested for a criminal offense.

While the impact of these two Executive Orders may be far reaching, the purpose of this blog post is to discuss implications for minor offenses like quality of life crimes and traffic or DUI offenses. Accordingly, this article is not intended to be a full examination of the orders.

Previous directives had prioritized the deportation of individuals without immigration status in the United States, including the District of Columbia for committing more serious offenses. Trump’s January 25, 2017 Executive Orders now direct immigration authorities to prioritize removing anyone unlawfully in the United States for anyone accused of or convicted of committing any criminal offense.

For example, if an individual is in the United States and arrested for committing a minor traffic offense or a quality of life offense like blocking the sidewalk, these Executive Orders would direct immigration authorities to detain and ultimately initiate removal proceedings for the individual arrested—even before the case is resolved. That is a drastic change in immigration and law enforcement priorities and will likely have a significant impact on federal resources for detention and immigration courts. For those worried about Trump’s campaign rhetoric in which he asserted he would create mass “deportation forces,” this could certainly be construed as the first step in that direction.

Criminal defense lawyers, immigrants without legal status in the United States, and local police and prosecutors of good conscience should be mindful of the possibility that an arrest for a minor quality of life or traffic offense could have devastating consequences on individuals and families across the country. For those concerned about federal spending or simply opposed to an expansive, militarized federal government, these actions should cause concern.

For practicing criminal and DUI defense attorneys, several organizations, including the National Association of Criminal Defense Lawyer and the Immigrant Defense Project have posted detailed analysis on these Executive Orders for more information to help understand their implications on criminal defense.

For individuals arrested for any criminal offense, including traffic or DUI offenses, it is important to hire a criminal defense firm that will fight aggressively on your behalf. Contact Scrofano Law PC today for a full case evaluation.