The Effect of Palmer v. DC on DC Gun Laws 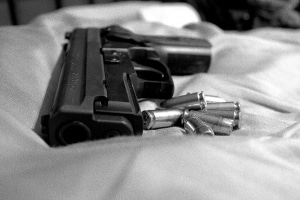 The Court also held that the Court could not categorically bar out of state residents from possessing a firearm in the District of Columbia solely on the basis that they are out of state residents. The consequences of this ruling were far reaching and the full effect of this decision has yet to be seen.

After a few days, the judge in the Palmer case, the judge granted the government’s request for a stay so that the District could come up with a licensing scheme that complied with the court order. The practical result was that hundreds of people charged with felony carrying a pistol in DC Superior Court had their charges dropped by the United States Attorney’s Office for the District of Columbia. Folks charged with felon in possession were not affected by Palmer.

The Attorney General’s Office for the District of Columbia (“OAG”) re-filed misdemeanor charges against most of the people who’s carrying a pistol charge was dismissed. The OAG has jurisdiction over mostly traffic crimes—like DC DUIs and DC hit and runs. However, OAG also has jurisdiction over two misdemeanor gun charges—unregistered firearm (“UF”) and unregistered ammunition (“UA”).

It appeared that the USAO acknowledged that it could no longer prosecute individuals for carrying a pistol under a statute that a federal judge found unconstitutional. The OAG took the position that Palmer did not impact the registration crimes—UA and UF. So, while many people were fortunate to have their felony charges dropped, they still face prosecution for two serious misdemeanors. Litigation is ongoing in DC Superior Court as to the impact, if any, Palmer has on the registration crime.

At Scrofano Law PC, we are aggressively challenging the constitutionality of the UF and UA charges as applied to out-of-state residents who have lawfully registered their firearms in their home state. The main takeaway from Palmer is that the Second Amendment guarantees the right to keep and bear arms for self-defense. Palmer thus recognized a right to carry as part of the Second Amendment. The District’s registration scheme makes it impossible to exercise that right for nonresidents who cross into the District.

In addition, the District passed a new carrying a pistol without a license law in October of 2014 to theoretically comply with the judge’s decision in Palmer. However, the plaintiffs in Palmer have challenged that new law and moved for contempt against the District arguing that the new law is just as restrictive as the old law. That litigation is ongoing.

In reality, if the government simply took a reasonable approach to offering diversion for law-abiding, nonresidents who happen to get arrested for possessing a firearm in the District, they would avoid many of these challenges. The OAG and USAO will almost categorically refuse to offer folks in this situation some type of deal that involves community service in exchange for a dismissal. For whatever policy justification, the powers that be seem to think it benefits society to have law-abiding first offenders who did not know how strict the District’s gun laws convicted of crimes.

If you or someone you know are faced with a DC gun charge, you need an aggressive DC gun lawyer. Contact Scrofano Law PC for a case evaluation. We have experience challenging DC gun charges filed by both the OAG and USAO.