Is Entrapment a Defense to a DC Solicitation Case? 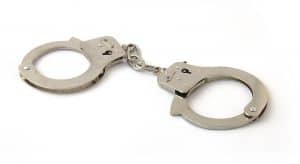 Entrapment occurs where law enforcement officials induce someone to commit a crime that they can prove they would not have otherwise done. To assert an entrapment defense, you must first make a showing that MPD induced you to participate in the solicitation of prostitution. This rule means that you have to present some evidence to show that the police coerced, threatened, or fraudulently persuaded you to commit a crime, which can be difficult to do when they do not record the sting operations.

Showing inducement can be challenging though because undercover officers are allowed to use fake names, false appearances, and decoys—among other tactics—to legally persuade you to participate in solicitation of prostitution. Officers are also permitted to initiate discussions about solicitation and exchange money involved in the crime. Furthermore, a mere request by a undercover cops to participate in criminal activity, standing alone, does not qualify as an “inducement.” Unfortunately, the police rarely record the sting operations, which leaves the only evidence of the crime as the undercover officer’s recantation of what the parties supposedly said.

While entrapment is a difficult defense to assert, it is not impossible strategy with an experienced DC Solicitation lawyer fighting on your behalf. At Scrofano Law PC, we have successfully challenged DC prostitution cases. If you or someone you know has been arrested for solicitation of prostitution, contact Scrofano Law PC immediately for a full consultation.