How do I get my property back after getting arrested in DC? 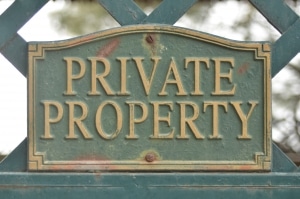 First, personal property, which may include keys, wallet, and other personal items. That type of property is the easiest to get back. The police should give you a property receipt, which you can take back to the police station to get your items returned. However, the police will not release personal effects to a third-party. That means if you are locked up after your arrest, you cannot send a friend or family member to pick up the property.

In many cases, the police will confiscate your property and mark it for use as evidence in the case. In this scenario, you cannot get your stuff back until after the case is resolved. In addition, even if your case is dismissed or you are found not guilty at trial, the police will make it administratively difficult to get the property back. In other words, they will throw up a bunch of bureaucratic hurdles to prevent you from getting your property back. The first step in the process requires the prosecutor to submit to MPD a form PD 81-C, which basically states that the government has no objection to the release of the property.

Theoretically, that should be enough to get your property back. However, the Evidence Control Branch routinely denies ever receiving the PD 81C. I have had cases where a prosecutor has gone to great efforts to get the PD 81C to MPD and made completely clear that the government had no objection to the release of property only to have MPD still refuse to give my client their property back. In that case, the ultimate way to get the property back is for your DC criminal defense lawyer to file a Motion with the Court requesting that the Court order MPD to release the property. Usually, the government will not oppose the Motion and the Court will grant it.

Finally, and the most difficult process, which will be the subject of its own future blog posting is where the government moves to confiscate the property based on civil forfeiture. Here is an example of one of the most ridiculous civil forfeiture I have encountered. Client was arrested for possession of marijuana and a DC DUI. The police seized the vehicle he was driving and put it in the forfeiture process. The client ultimately plead guilty to a lesser offense and had both charges dismissed.

If you are arrested in DC, its important that you consult with a DC criminal defense lawyer immediately to determine what rights you have with regard to your personal property confiscated by the police. You need a criminal defense lawyer who has experiencing getting property back from MPD and fighting the civil forfeiture process. Contact Scrofano Law for a full consultation today.