DC’s Not So Fundamental Right to a Jury Trial 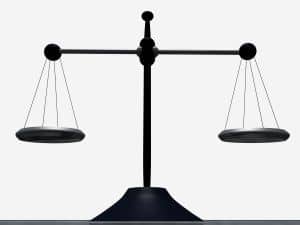 I had always viewed the DC as a progressive and enlightened jurisdiction—especially compared to “tough on crime” southern states. I recognized DC had its problems but thought they were trivial compared to states like Florida and my home state of Texas. We have local judges appointed by the President and confirmed by the Senate—not elected and subject to the whims of popular opinion. We have a strong defense bar even for people who cannot afford an attorney. We have more former criminal defense lawyers on the bench than most jurisdictions. Most judges in DC take the view that treatment rather than incarceration is the most effective way to curb drug abuse.

In all criminal prosecutions, the accused shall enjoy the right to a speedy and public trial, by an impartial jury of the State and district wherein the crime shall have been committed…” Sixth Amendment, United States Constitution.

However, DC has its own serious structural problems and being around defense lawyers from other jurisdictions brought that fact home with me. In DC, you can go to jail for 180 days and not be entitled to a jury trial. In fact, DC criminal law denies someone charged with three 180 day in jail maximum offenses, with a total 540 days possible jail time, the right to a trial by jury. Unless the maximum penalty for the crime you’re charged with is greater than 180 days, a judge rather than a jury of your peers decides your guilt or innocence.

In DC, about 95 percent of the misdemeanor crimes carry a maximum penalty of 180 days in jail. Only a few misdemeanors carry between 181 days and 1 year (anything beyond a year maximum is a felony). Even with those jury demandable misdemeanors, the government will typically amend the charge to “Attempt” whatever the underlying crime is, and the DC general attempt statute carries a maximum penalty of 180 days in jail. So, the government can manipulate the charges on the day of trial to deny the individual a right to a jury in almost any misdemeanor case and, in most cases, they do just that.

While trading war stories in front of the campfire at the Thunderhead Ranch, criminal defense lawyers from places like Georgia and Nebraska were aghast to hear that almost none of my clients charged with misdemeanors could get a jury trial. In most jurisdictions, if you are faced with the prospect of a single day in jail, you are entitled to a jury trial. DC is one of only eight jurisdictions that limit the right to a jury trial in this way. That is eight out of 51 jurisdictions. If you are wondering why a jury trial over a judge trial is important when faced with potential loss of liberty, I cannot say it any better than our Supreme Court:

A right to jury trial is granted to criminal defendants in order to prevent oppression by the Government. Those who wrote our constitutions knew from history and experience that it was necessary to protect against unfounded criminal charges brought to eliminate enemies and against judges too responsive to the voice of higher authority. The framers of the constitutions strove to create an independent judiciary but insisted upon further protection against arbitrary action. Providing an accused with the right to be tried by a jury of his peers gave him an inestimable safeguard against the corrupt or overzealous prosecutor and against the compliant, biased, or eccentric judge… Fear of unchecked power, so typical of our State and Federal Governments in other respects, found expression in the criminal law in this insistence upon community participation in the determination of guilt or innocence. Duncan v. Louisiana, 391 U.S. 145 (1968).

I was wrong. DC is not an enlightened or progressive jurisdiction when it comes to criminal justice. It is just another example of how far we have come as a society in shunning the rights of the individual for the false sense of safety that assembly line justice brings us. Judge trials are faster, easier, and cheaper than jury trials. They allow the government to try more cases and convict more people at a much lower cost. Sadly, and as I’ll discuss in future posts, when it comes to assembly line justice, DC is at the top of the pack.