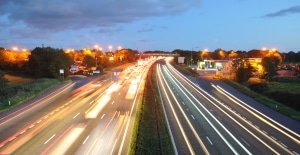 Although most Virginia drivers aren’t aware of it, their chance to avoid a Virginia misdemeanor conviction for Reckless Driving took a major blow last month. A proposal to raise the reckless driving threshold to 85 miles-per-hour was defeated in the Virginia legislature in February 2015. Currently, drivers in Arlington, Fairfax, Alexandria, and the rest of Virginia may be charged with Reckless Driving for exceeding 80 miles-per-hour on Virginia roads. That means keeping up with traffic on I-95, I-66, and the Capital Beltway in Virginia can result in a criminal record for otherwise law-abiding citizens.

As you may know from the Jason Werth reckless driving case in Fairfax County, speeding in Virginia can land you in jail for up to 12 months and cost you up to a $2500 fine. Jason Werth will only serve 5 days in jail, but for Virginia citizens with no experience with the criminal justice system, that is 5 days too many. The general rule, at least in Northern Virginia, is that any driver who hits 90 miles-per-hour or above on the speedometer will spend a day in jail for every mile-per-hour over 90. But depending on the facts of the case, and the individual’s driving record, any driver exceeding 80 may be exposed to jail time.

Unlike other traffic offenses, a Reckless Driving charge is considered a Class one misdemeanor in Virginia. Other Virginia Class one misdemeanors: Driving Under the Influence, Assault and Battery, Destruction of Property, Petit Larceny, and Animal Abuse. The proposal in the Virginia General Assembly would have gone a long way towards reducing the number of Virginia drivers subject to a Virginia Reckless Driving prosecution. One of the most vocal opponents of the proposed Reckless Driving bill was, not surprisingly, Virginia law enforcement. Predictably, they claimed that raising the Reckless Driving threshold would result in an increase in accident-related fatalities. Nevermind that there is no statistical evidence backing that up.

For most drivers in Virginia with semi-decent driving records who keep it under 90 miles-per-hour, jail time isn’t necessarily a realistic possibility. However, a Reckless Driving conviction alone is enough to cause some major hardship for Virginia drivers. First, it comes with 6 points on your driver’s license. That’s the maximum amount of points that any driving offense offers. In addition, government contractors who depend on a federal security clearance for employment may have serious difficulties getting through a background check with a criminal conviction. Finally, no one likes to pay higher car insurance premiums, but a Reckless Driving conviction virtually guarantees that you will.

While not every driver charged with Reckless Driving will need an attorney, you should think long and hard about your options. In many Virginia counties, including Fairfax, prosecutors are not willing to negotiate with defendants on their trial date. That means that you can plead “not guilty” in front of the judge, and represent yourself at trial. Or you can plead guilty, and hope that the judge will take pity on you. The safer route, however, is having an attorney negotiate a plea offer with the prosecutor. The goal in this negotiation is to get your charge reduced from a Class one misdemeanor to a simple traffic infraction, such as Improper Driving, Speeding, or some other minor traffic charge. Or if you believe that you were not exceeding 80 miles per hour, your attorney can represent you in a trial before the judge.

While the proposal to raise the Virginia Reckless Driving to 85 is dead this year, hopefully it will have more momentum in the next legislative session. In the meantime, keep it under 80 on Virginia roads. If you’ve already been charged with Reckless Driving in Arlington, Alexandria, or Fairfax, it’s probably worth at least consulting a Northern Virginia traffic attorney. Contact Scrofano Law for an in-office consultation.