The Importance of Video Evidence In DC DUI Cases 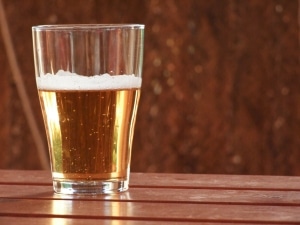 The Metropolitan Police Department (“MPD”) has video cameras all over their police stations. That means if a person is arrested for a suspected DUI or DWI within the District of Columbia, the person will be video-monitored throughout the arrest and booking process. MPD has multiple stationhouse cameras set up for many reasons including the need of such video for evidentiary purposes in a court. MPD also has a pilot body camera program where selected officers wear body cameras. All video evidence is important in any DC DUI case.

To be convicted of a DUI in DC, the government must prove that a suspected individual was (1) under the influence of alcohol or drugs while (2) operating a motor vehicle. Usually, the government will present evidence such as breathalyzer or other chemical test results and testimony from the arresting MPD officer about behaviors allegedly consistent with intoxication such as motor skills, speech, and ability to follow directions.

Whether or not a person submitted to the breathalyzer test, video evidence of how a person was behaving the night of the incident may be helpful to any DUI case. For instance, an MPD officer might testify that the night of the incident you had glassy eyes, you were stumbling around, and you were slurring your words. It is possible that video evidence—body camera video and stationhouse video—could directly refute the MPD officer’s testimony because it might contradict the officer’s observations. Such evidence is highly effective for use at trial in DC DUI.

It is the policy of MPD to preserve stationhouse video and body camera footage for a period of thirty days. After thirty days, MPD will record over such material. However, in a recent DC DUI case, the DC Court of Appeals held that the government, including MPD, must preserve all video evidence. In some cases, a judge might dismiss a case or impose other sanctions against the government if MPD does not preserve the video evidence.

If you or someone you know has been arrested for a DC DUI or DWI, contact Scrofano Law PC immediately for a full consultation to ensure that your due process rights are protected.