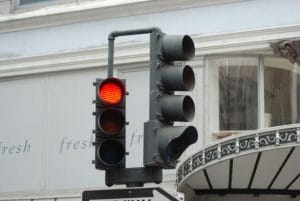 In our nation’s capital, the District’s Office of the Attorney General or “OAG” prosecutes traffic offenses, and they are all considered misdemeanor crimes. For offenses that do not result in arrest, the Department of Motor Vehicles or “DMV” adjudicates these infractions. Judges in the Superior Court adjudicate criminal traffic offenses.

What is the difference between a criminal traffic offense and a ticket?

These charges are different from a speeding ticket, for example, where the police just give a citation that must either be paid or contested with the Department of Motor Vehicles. Traffic offenses that do not result in an arrest typically involve some type of moving violation. This could include speeding or running a red light. Other offenses include using a cell phone while driving, failing to use a blinker, and things like failing to control speed to avoid collision. In fact, the list of potential traffic infractions causing a DMV ticket is countless and based on Municipal Regulations.

Criminal traffic violations are different because police can actually make an arrest if they have reason to believe the person committed these crimes. Criminal traffic offenses tend to involve either a regulatory violation (like driving with a suspended or revoked license) or some type of bad driving offense (like reckless driving or speed over 30). The OAG offers a wide range of diversion options for first and sometimes second offenders in some cases. If you’re arrested for a criminal traffic offense, it’s crucial you consult a DC traffic lawyer who can advise you and defend your rights.

What are some examples of DC criminal traffic offenses?

In addition to DUI, OWI, and leaving after colliding (“hit and run”), and fleeing, there are five main traffic offenses that the police can arrest people for:

Are there diversion options for DC criminal traffic offenses?

The OAG often offers diversion options for criminal traffic offenses. These options typically include having the person charged remedy their license and/or completing community service in exchange for dismissing driver’s license-related charges. Other diversion options include a Deferred Sentencing Agreement or “DSA” where the person pleads guilty, completes some combination of classes, community service, and/or fines and then returns to court for sentencing. If the person completes all the requirements of the agreement, the OAG will not oppose a withdrawal of the original guilty plea and then dismiss the criminal case. Also, the OAG may offer something called a Deferred Prosecution Agreement or “DPA” which is similar to a DSA but does not require the defendant to plead guilty to the offense.

Does the OAG prosecute camera tickets?

No. Both DMV tickets and arrestable traffic crimes are different from camera tickets. The government permits private companies to maintain speed and red-light cameras all over the city. These tickets usually come in the mail after an alleged offense and do not involve an officer pulling you over and giving the ticket.

Does the firm defend camera tickets?

No. These tickets are notoriously difficult to defend because the law tickets the vehicle—not the driver. That means the fact someone else was driving your car when they got a camera ticket is not a defense to the actual ticket. Because they are almost impossible to contest, there is no real value we can offer clients who are frustrated and wish to contest camera tickets.

At Scrofano Law PC, we do handle DMV matters but typically charge about $750.00 per hearing. We must charge at this rate because DMV matters usually take at least a few hours of the attorney’s time in traveling to DMV, waiting for the hearing to be called, and defending the hearing. For many people, it’s not worth it to pay $750.00 to defend against a ticket that costs less than that. However, in some situations it makes sense where the recipient of the ticket may have a commercial driver’s license, or their insurance company has encouraged them to contest the ticket to avoid an “at fault” designation in an accident.
A conviction for a traffic offense can have serious consequences, including loss of license or driving privileges, probation, or even jail. Contact Scrofano Law for a full consultation today.