What does it mean if my DC criminal case is “No Papered”? 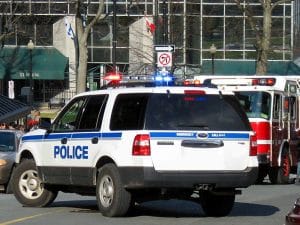 In Washington, DC, two separate agencies prosecute crimes. The United States Attorney’s Office for the District of Columbia prosecutes felony cases and most misdemeanors. In addition, the District of Columbia Office of the Attorney General prosecutes traffic crimes–most notably DUI’s. When someone gets arrested, the arresting officers fills out a number of police reports. Those reports are then sent to the prosecuting agency. On any given day in Washington, DC, a specific, often unidentified, prosecutor will go through thereports and decides whether to bring criminal charges against the person arrested. This process is referred to as “papering” a case. When the “papering” prosecutor, decides that a particular arrest should not result in the government filing formal criminal charges against the person arrested, that arrest will be “no papered.

”If you get arrested in Washington, DC, and you go through DC Superior Court, and the court tells you that your case has been “no papered,” you should consider yourself very lucky. That simply means that the government has declined to file charges against you despite your arrest. Criminal defense lawyers in Washington, DC have no control whatsoever on this process. The “papering” prosecutor may make this decision for any number of reasons all of which have nothing to do with anything a criminal lawyer may or may not do. Some reasons include when the cops fill out their paperwork improperly. Other reasons may be that its clear from the police report documents that the police clearly violated the person arrested’s constitutional rights or the prosecutor believes that even if everything in the police report is accurate, the government could not prove their case beyond a reasonable doubt. I have never heard or seen a scenario where the government tells the individual why their case was “no papered.” If your case gets “no papered,” you should be happy you do not have to face criminal charges in Washington, DC. Unfortunately, if you are arrested for DUI, there is almost no chance that the Office of the Attorney General will “no paper” your case.

If you are arrested in Washington, DC, you should consult with a criminal defense lawyer to ensure that your constitutional rights are protected. Many people are released from the police station after an arrest and given a Citation to Appear in Court with a specific court date at which time you will find out whether your case is papered. You should consult with a criminal defense lawyer before going to court. The chances that your case will be “no papered” are usually pretty slim. Therefore, its important to have a criminal defense lawyer who can help you mount a defense from the beginning of your case. If you are one of the lucky ones, and your case is “no papered,” a Washington, DC criminal defense lawyer can advise you on how to get your arrest record expunged afterwards. Otherwise, even though the government decided not file a formal case against you, you will continue to have an arrest record when employers and others do a background check.

If you are arrested for a criminal charge in Washington, DC, contact Scrofano Law PC for a full consultation and case evaluation. Whether the government decides to file charges or not, we can help you minimize any damage to your livelihood as a result of an arrest and help you mount an effective defense to the charge. If you are “no papered,” we have significant experience in successfully getting people’s arrest records expunged.