What is diversion? (Part II) 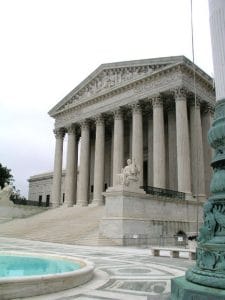 This entry is part two of a three part series explaining what diversion is in the District of Columbia. The first part discussed the Deferred Prosecution Agreement or “DPA.” Part II discusses a Deferred Sentencing Agreement or “DSA.” A DSA is similar to a DPA in that the government will require the person accused of a crime to jump through a series of hoops in exchange for ultimately dropping the charges. Both the US Attorney’s Office for the District of Columbia or USAO and the DC Office of the Attorney General or OAG offer DSA as a pretrial diversion option in limited circumstances.

For the DC crimes charged by the USAO, the criteria for a DSA is very similar to its criteria for a DPA. A person must drug test negative to qualify for a DSA. If the person’s first drug test is negative, thenthat will satisfy the requirement. However, if the first test is positive, then the person must drug test until he or she gets two consecutive negative tests. Usually, a prosecutor will offer a DSA instead of a DPA for somewhat arbitrary reasons. It could be a prior conviction in the person’s background or something related to a complaining witness in the case. A DSA is still a good deal in most cases. However, it requires the person plead guilty where a DPA does not.

A person who enters a DSA must plead guilty to the charged offenses. The Court will then defer sentencing for six months. During that six months, the person must complete 48 hours of community service, not get rearrested, and sometimes comply with other conditions like pay restitution or stay away from a person or area. If the person completes all the requirements in the DSA, at the sentencing, the government will not oppose the person from withdrawing their guilty plea. Once the guilty plea is withdrawn, the government will dismiss the case.

For traffic related offenses, the OAG offers DSA’s on certain crimes but they have much stricter criteria. In addition, their requirements are often more rigorous to complete. For a DUI, the OAG will offer a DSA only if the following conditions are met: no accident can occur, the person must not refuse to take a chemical test, the results of the chemical test must not exceed .10 for blood or breath scores, and the person must not be on probation. Even if all that criteria is met, the prosecutor may find some other reason to refuse to offer a DSA.

For OAG DSA’s, the person must plead guilty to the offense and the Court usually defers sentencing for six months to a year. During that six months, the person must pay significant fines, complete a series of alcohol and traffic related classes that cost money to attend, complete community service, not get rearrested, and not commit any traffic offenses. If the person completes those requirements, at sentencing, the government will not oppose the withdrawal of the guilty plea, and then ultimately dismiss the case.

If you are charged with any DC crime, it is possible you could be eligible for a DSA. You should consult a DC criminal lawyer. At Scrofano Law PC, we have gotten dozens of clients DSAs who have ultimately had their cases dismissed. Contact us for a consultation. Whether its a DUI, DWI, or other criminal offense, we will fight to protect your rights.