Can I serve DUI or DWI Mandatory Time on the Weekends? 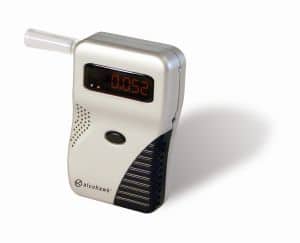 In August of 2012, the District of Columbia City Council, with little public comment, amended DC’s DUI/DWI law. Among the many changes included doubling mandatory minimum jail sentences for repeat offenders and cases with high chemical scores. Another change included doubling the maximum penalty for first offenders from 90 days to 180 days. The law also added additional situations in which mandatory minimum jail applied and lowered the blood alcohol scorefrom .08 to.04 for individuals who possess a commercial driver’s license. Buried in the law included provisions that made DC’s hit and run law much broader. Many of the changes brought DC’s DUI law closer to the trend among most states who have created harsher penalties.

However, many of the changes were either arbitrary or say more about local institutional politics than public policy. One major arbitrary and ridiculous change to the law is a provision that bars individuals facing mandatory minimum jail time from serving that time on the weekends. Under the old law, judges routinely when forced to sentence individuals to mandatory jail time allowed them to serve that time on the weekends.

There are a variety of reasons an individual may wish to serve a ten day mandatory minimum sentence over the course of a few weekends.

First and foremost, an individual could lose their job when forced to take a full week or longer off from work. Furthermore, this provision discriminates socio-economically. DUI in particular is a crime that transcends socio-economic barriers. Doctors, lawyers, politicians, and engineers are just as likely to get a DUI as waiters, carpenters, and janitors. Those with salaried positions who get a DC DUI or DWI that triggers mandatory minimum jail time can usually take that time off work as vacation days and still get paid. Wage laborers who get paid hourly don’t have that luxury. They not only don’t get paid; they often lose their jobs when they tell their employer they have to miss the next ten days at work.

What possible public policy goal does barring individuals from serving their statutorily mandated jail time on the weekend? While I certainly recognize my inherent bias to favor the individual over the institution as a DC DUI lawyer, I challenge anyone to make out a public policy rationale for such an arbitrary provision in the law. Certainly, society benefits from having folks who are employed, paying their bills, and paying taxes.

I have often seen how a criminal conviction can wreak havoc on an individual. The conviction can lead to job loss, which in turn can cause some folks to turn to drugs or alcohol to cope with the stress and frustration. Compound that with the loss of driver’s license and other collateral consequences of a DUI conviction. Meanwhile, the person can’t find gainful employment because every time a potential employer does a background check, they find a criminal conviction.

Who is more likely to re-offend? The gainfully employed person who managed to retain employment by serving time on weekends or the unemployed frustrated individual barely getting by? This provision in particular serves no valid public policy and is a shameful example of prosecutorial overreach in the District of Columbia.

The stakes are high when charged with a DUI or DWI. Its important you find someone who will fight to protect your rights. If you are charged with a DC DUI, contact Scrofano Law PC today for a full consultation.